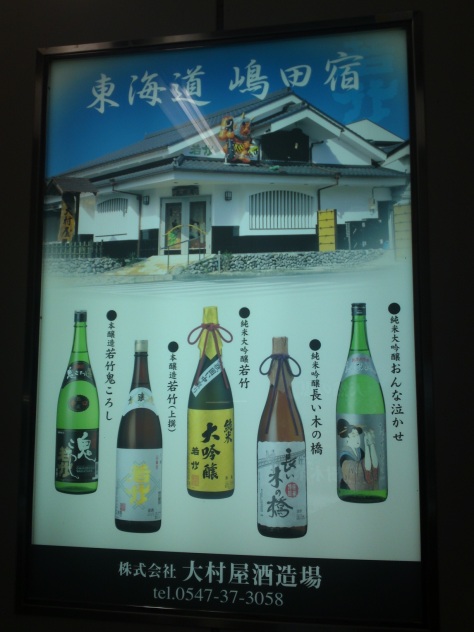 This is the third picture I took the other day inside Shimada JR Station on my way down onto the platform.

There are other posters of sake breweries in Shizuoka Prefecture railway stations but as as I know this is the only poster featuring all the regular brands (private and commemorative/limited brands would cover a whole wall!) on one poster!

There is one particular label which is known all over Japan: the one on the extreme right is that of “Onna Nakase/女泣かせ/To make a woman cry!”. I know many collectors who would like that particular label!