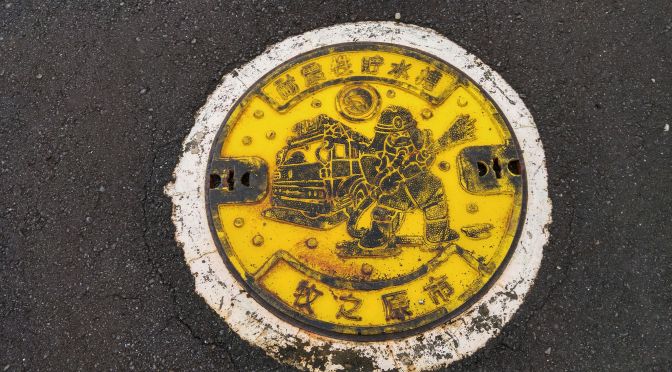 Beautiful fire hydrant manhole cover but does not bear any distinctive sigil!

Makinohara City in the southern center part of Shizuoka Prefecture, in spite of its full city status acquired on October 11th, is what you may call a manhole cover desert. The city was created by merging the northern and western part of Haibara Gun/Distric (the southeastern part becoming Yoshida Cho/Town) and Sagara Village. Its main resources are green tea, some fishing and a Suzuki car components factory.
I suppose that in some near future that the City will come up with its own distinctive manhole cover!

This large fire hydrant cover is the only truly Makinohara City cover! It is a common design but with the name of the city on it!

This is a cover found everywhere with the central sigil with the Japanese caharacter for “water”!

The same with the old Haibara District sigil! 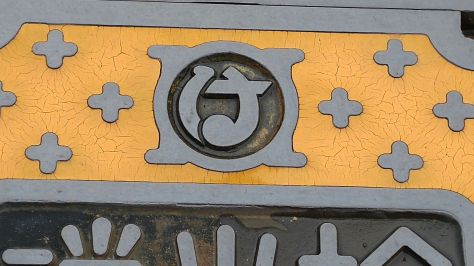 は/hiragana for “ha” of Haibara District! 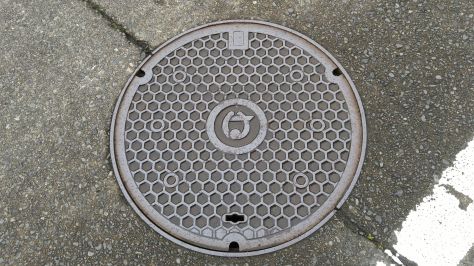 A well preserved cover but with the old Haibara District sigil! 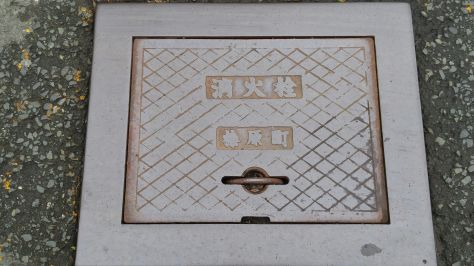 An even older Haibara District cover!

Similar one but reinforced by an outer rim!

A small valve cover from my old files! 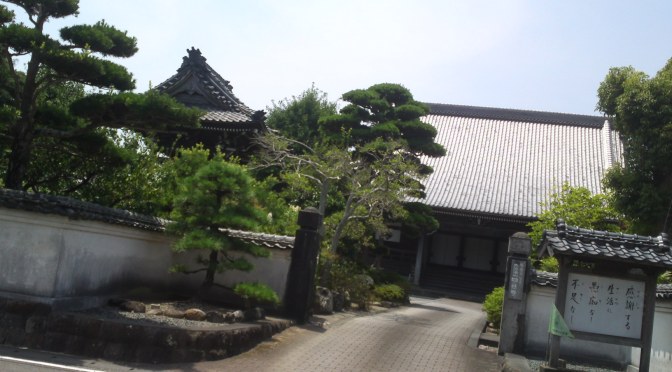 The other day as I walked towards Shizunami beach from Shizunami bus station I noticed this Buddhist Temple along the way.
As I had plenty of time on hand and I was looking for some momentary shade from the blazing sun i decided to have a look around!

In the countryside the difference between temples and shrines is tenuous in architecture and facilities.
For example a hand washing stone basin is not that common in Buddhist Temples.

Now, this bell tower is typical of a Buddhist temple!

Lion guards also rend to of a different kind! 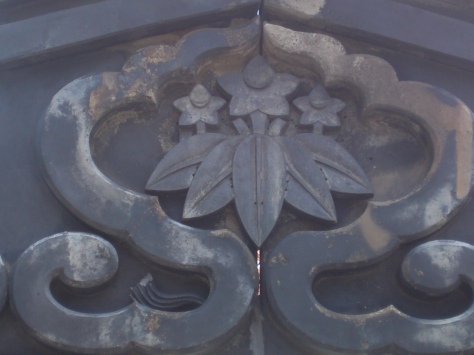 The crest of the temple! 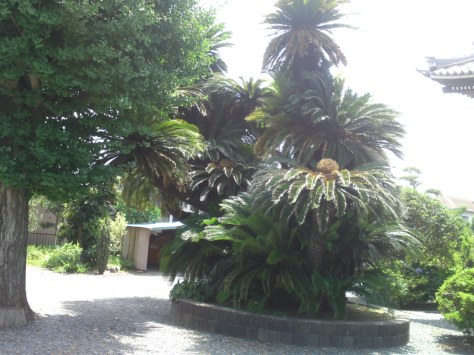 Grateful for the shade and the greenery! 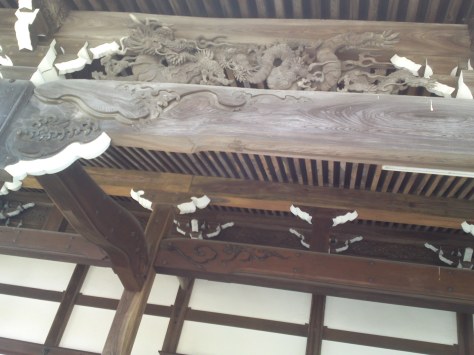 Dragons don’t seem to worry about the creed! 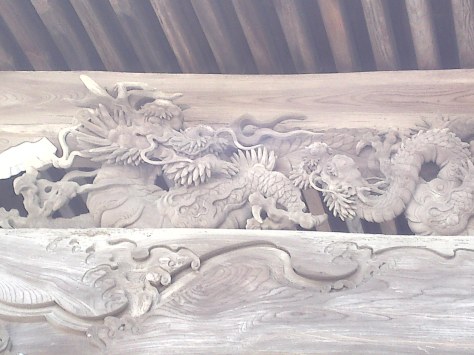 Fine figurines on the splendid roofs!

What is their purpose?

back on the road…