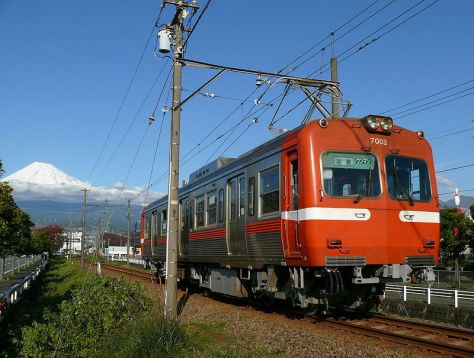 The Gakunan Railway Line (岳南電車岳南線 Gakunan Densha Gakunan-sen?) is Japanese railway line between Yoshiwara and Gakunan-Enoo, all within the industrial area of Fuji in Shizuoka Prefecture. The line does not have any official name. This is the only railway line Gakunan Electric Train Co., Ltd. (岳南電車株式会社 Gakunan Densha Kabushiki-gaisha?) operates.[1] The operator company was established on April 1, 2013 as a subsidiary of the former operator Gakunan Railway (岳南鉄道 Gakunan Tetsudō?), a subsidiary of Fuji Kyuko.

The Gakunan Railway began operations as an industrial railway named the Nissan Heavy Industrial Railroad (日産重工業専用鉄道 Nissan Jūkōgyō Senyō Tetsudō?) on August 5, 1936 as part of a project to create an industrial center in Fuji city. The terminal station of the line was established at Yoshiwara Station on the Tokaido Main Line, and initial plans called for the line to be extended as far as Numazu Station. These plans were delayed by World War II and were eventually cancelled with the end of the war and breakup of the Nissan zaibatsu. The line gained its present name on December 15, 1948, after which regularly scheduled passenger service began. The electric supply for the line was upgraded from 600 Volts to the present 1,500 volts in 1969. In 1984, scheduled freight services past Sudo were discontinued.

All freight services were discontinued on March 16, 2012.

Yoshiwara Station (吉原駅 Yoshiwara-eki) is an interchange railway station in Fuji, Shizuoka Prefecture, Japan. The station is 141.3 rail kilometers from Tokyo Station. Yoshiwara is on the Tōkaidō Main Line of Central Japan Railway Company and is a terminal station for the Gakunan Railway Line of the Gakunan Electric Train and a freight terminal of the Japan Freight Railway Company.
It first opened as Suzukawa Station (鈴川駅 Suzukawa-eki) on February 1 1889, when the section of the Tōkaidō Main Line connecting Shizuoka with Kōzu was completed. It became a terminus for the Gakunan Railway on November 18, 1949 and was renamed Yoshiwara Station (after Yoshiwara-juku on the old Tōkaidō on April 10, 1956. The present station building dates from 1970. Container freight services began operations from 1994.
The Tōkaidō Yoshiwara Station has a single Island platform serving Track 1 and Track 2, which are on passing loops On the outside of either track are tracks to permit the through transit of express trains. The platform is connected to the station building by an overpass. The station building has automated ticket machines, TOICA automated turnstiles and a manned “Green Window” service counter. The Gakunan Yoshiwara Station has a bay platform with two tracks, only one of which is in normal daily use.

Jatco-mae Station was opened on November 18, 1949 as Nissan-mae Station (日産前駅 Nissanmae-eki?) after the large Nissan Motors Fuji assembly plant located nearby. The plant was sold in June 1999 to the Nissan subsidiary Jatco, and the station was accordingly renamed on April 1, 2005.
Jatco-mae Station is an unmanned station with a single side platform. 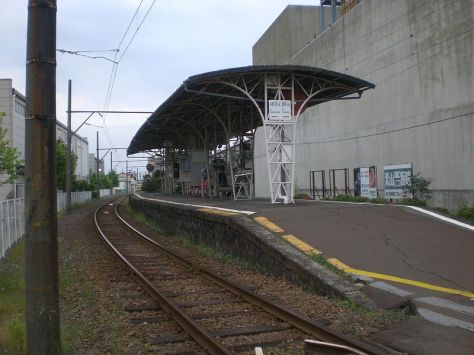 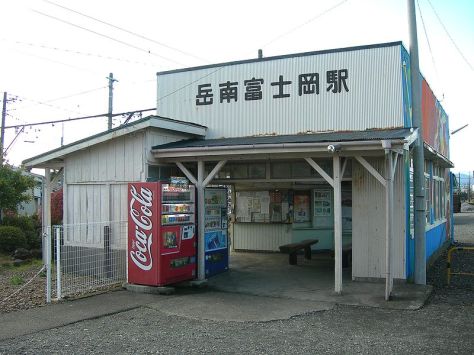 Sudo Station was opened on January 20, 1953.
Sudo Station is an unmanned station with a single island platform. 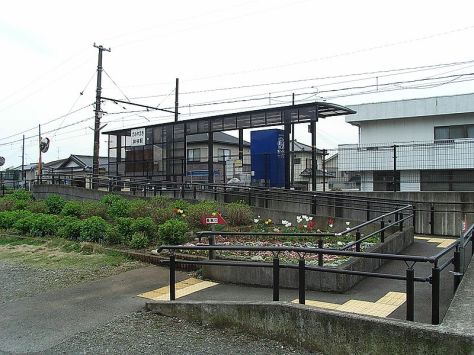 Kamiya Station was opened on January 20, 1953.
Kamiya Station is an unmanned station with a single side platform. It was rebuilt in 2002 with a sloping platform to permit barrier free access.

Gakunan-Enoo Station was opened on January 20, 1953. Initial plans to extend the Gakunan Line to Numazu were never realized, and the station remains the final terminus of the Gakunan line.
Gakunan-Enoo Station is an unmanned station with a bay platform serving two tracks. The wooden station building has no ticket machine, and is located in an isolated industrial area with no stores, houses or even vending machines within close walking distance. The nearest factory is operated by UCC Ueshima Coffee Co.