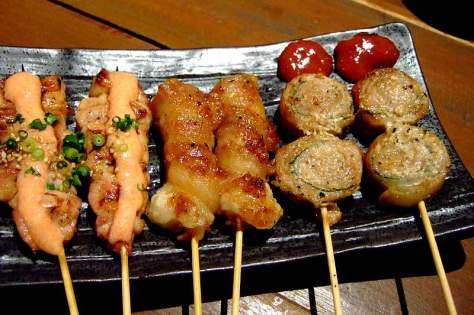 The number of foreigners and Japanese nationals who write about the food and drinks in Japan in English (or at least answer comments in English) has remarkably increased lately.
I thought it was about time to start some kind of round-up to help people discover these deserving foodies and their blogs!The list below is far from exhaustive, but I’m planning to update and announce it regularly!
Of course if you know more foodies residing in Japan, do please direct them to me and I will introduce them gladly!

HOKKAIDO TRIBE
(Hokkaido Island)
Meishu no Yutaka by Carlin
The Best of Sapporo by Ben!

OKINAWA
(Okinawa Archipelago)
HWN Pake in Okinawa in Chatan, Okinawa
I’m sorry to say that Nate has just passed away and that his blog has disappeared, but I’ll keep it there as it is in his memory!
Dojo Bar in Naha
Eating Okinawa
Okinawa Hai!
Total Okinawa