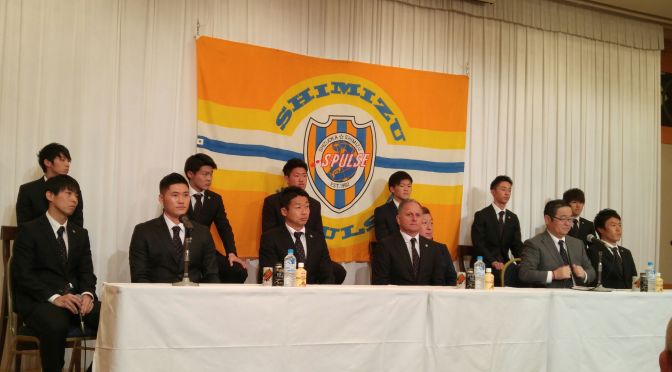 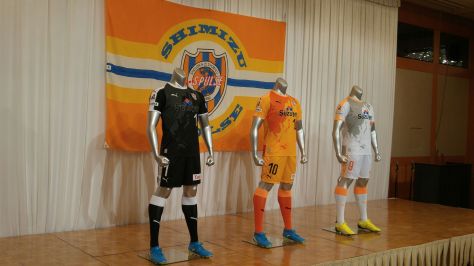 On January 12th the Shimizu S-Pulse 2018 Season New Team Announcement Meeting took place from 10 a.m. on the 4th floor of the Century Hotel in Shizuoka City!
This was a long-awaited meeting after the near escape 2107 and some needed soul-searching.

It must be said that the club men-in-charge of the club did not disappoint and decided to take the bull by the horns genuinely recognizing the past mistakes and resolutely looking forward. 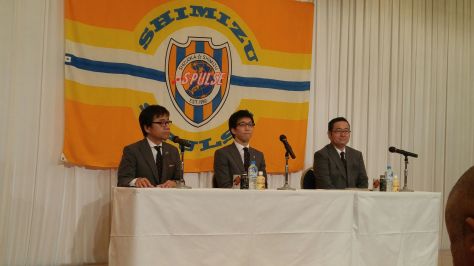 The President, Vice President and General Manager candidly addressed all issues in a refreshingly positive manner auguring well for the future. 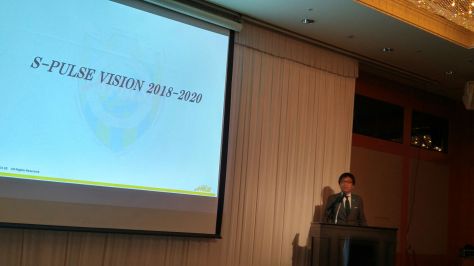 The main points presented by the President were:
-FINANCES:
2027 season budget was almost 34 billion yen and will upgraded to 38.5 billion yen in 2018, 40 billion yen in 2019 and 42 billion yen in 2020.
This is a budget well above the average in the J1 league with a sponsorship total coming 3rd in Japan, general earnings taking 5th place in Japan, sales reaching the 6th spot in japan and the wages taking 9th spot in a league accounting for 18 clubs.
These figures will be upgraded this year and i the next two years with a clearly defined target to aim at a spot in the upper half of the J1 League in 2018, at least better that 7th place in the J! League and best 4 in the Emperor’s Cup Levain Cup and finally aim at the very top in all competitions in 2020!
Shimizu S-Piulse aims at no less than becoming J1 League Champins within 5 years and ACL Champions within 7 years.
For this the budget will reach 45 billion yen by then, with more than 620 sponsors (compared to 500 in 2018)! 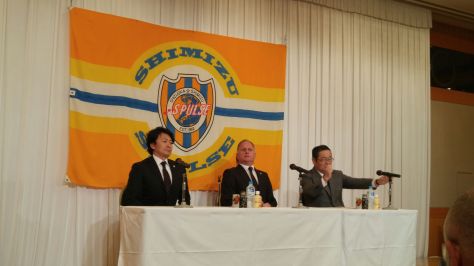 -TARGETS:
But the bigger changes to help reach these lofty goals is a marked change of staff and philosophy with the arrivals of Swedish Team manager, Jan Anders Jonsson and his head coach, Yoshiyuki Shinoda! 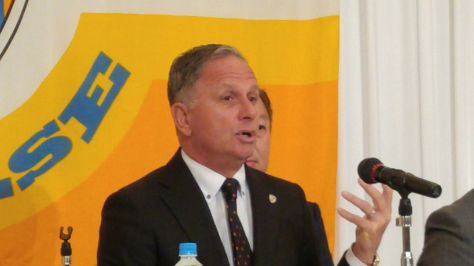 New Team Manager, Jan Anders Jonsson, who knows Japan well for having already played and coached there prudently avoided offering his own targets asking to fans to wait at least 3 weeks before he gets to know his players better,
Nevertheless he already informed anyone interested that his style will be hands on, focusing on communications and flexibility, taking a direct approach when needed but asking players to think more for themselves especially during training sessions to become more naturally adaptable on the field. He also insisted on team spirit and mutual reliance. 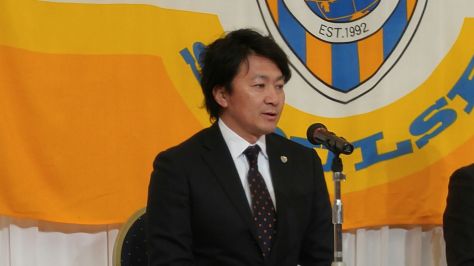 For this he will be ably helped by head coach, Yoshiyuki Shinoda, who in spite of his relatively youth has been a full time high level head coach for no less than 12 years!
This certainly promises high expectations from all the fans who will learn soon that things will be very different indeed! 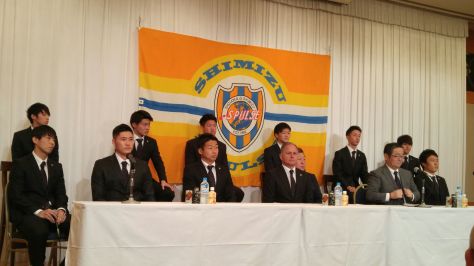