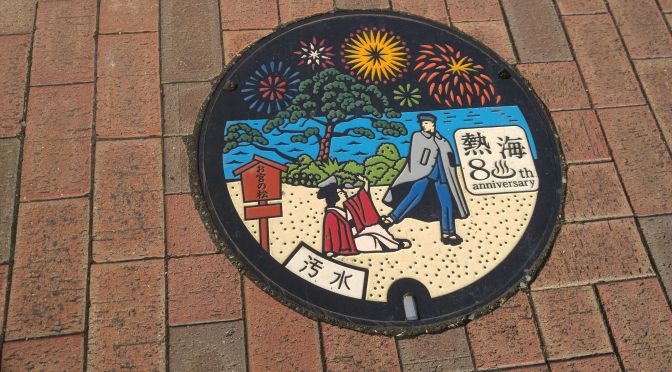 Atami City at the entrance of the Izu Peninsula has always been borring of the the fame of the Peninsula, especially stories from the Nbel Prize writer Yoshinori Kawabata, famous for the Izu Odoriko as featured in Atami Yacht harbor by a statue of the famous scene representing a man kicking his lover with his geta/Japanese clog! 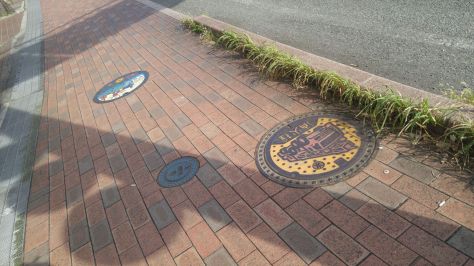 Along the pavement opposite on the far side of the street opposite of the city you will find interesting covers!

All right, you will find this tyoe all over Japan! LOL 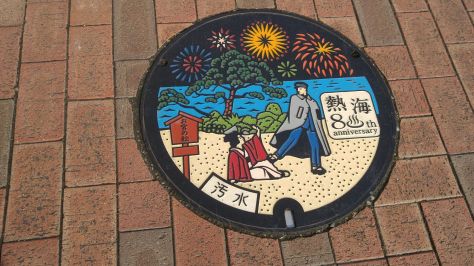 Now, this the is the one you will be looking for!
But there is another one…

You will have to walk a bit, though, befor you will find it in front (there is only one of its kind!) of the first station of the railway line leading to Ito City! 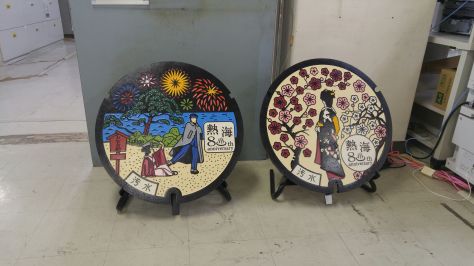 You will find them in their mint forms at the Atami Waterwoks Office!

Walking down from the station you will discover this sall sized one found only in a few cities in Japan commerating Natiojnal Land Survey!