At last I had the opportunity to visit and witness the power of a Japanese lady in Shizuoka Prefecture!
Yukiko Mizutori had not thought of succeeding her father, Masashi Mizutori, the 3rd generation owner of Mizutori Company founded in 1937 in Shizuoka City and instead opted to become a beautician 10 years ago. 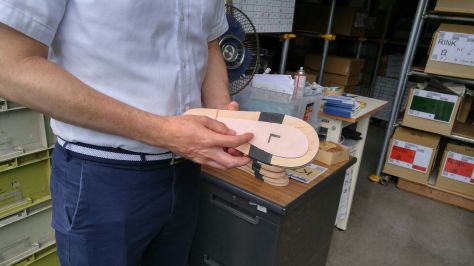 Jonathan holding the main sole (“dai”) of a geta in its original form cut out of high quality hinoki/Japanese cypress.

But 4 years ago, having worked away from home for 7 years and getting married to Jonathan Barnabe from Quebec, she had to take a dudden turnin her life when her father, due to declining health, became increasingly worried about his business.

Beautiful range of sandal straps (“hanao”) from which customers can choose.

Having no sons, but three daughters, Yukiko being the second one, it would have been nigh impossible to find a suitable successor when she decided to ask her father to let her take care of Mizutori Company. He accepted and now only participates as a an overseer and exhibition manager.
On the other hand Yukiko had to study very hard and fast to succeed him.

Lady staff working on the sole of a geta.

But in spite of the enormity of her decision to take over acompany in male-dominated industry, she did have some advantages:
First, as a lady she would be free to implement new ideas and thinking into the craft.
Second, her husband is a former engineer nad now that he has acquired sufficient abilty in the Japanese language he can contribute much needed unique ideas to develop the business.
Third, instead of thinking solely of competition, she knew that collaboration would be far more beneficial and outsourced the making of geta with more than 12 local companies to provide design ideas, materials and work togeteher for combined products.
Fourth, and maybe more importantly, she uses, as much as possible, Japanese material form nearbymountains and forests.
When she needs exoctic wood her husband travel to Vietnam, Indonesia and other countries where his foreign language ability comes in handy. 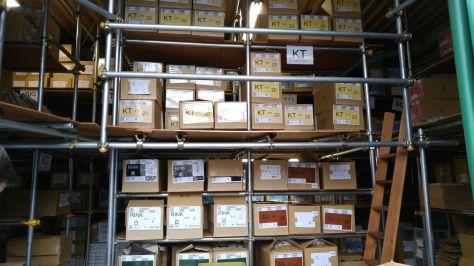 Making geta/sandals involved many materials which have to be stored permanently!

Her company presently counts 15 staff and all participate, young and not so young, to the whole concpet of the company, even modelling for their pamhlets and brochures!
Not only her company supports local workers by using made-in-Shizuoka products whenever possible but also by hiring residents in the neighborhood.

Some work is done with traditional machiney. 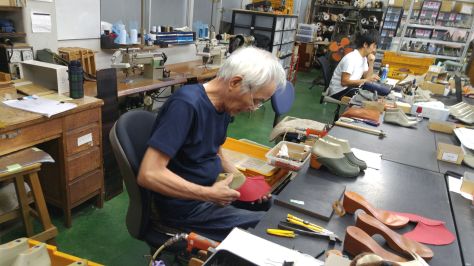 But highly specialsed craft needs the hands and skills of veterans! 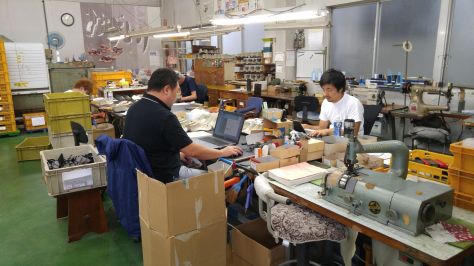 Without mentioning the need for a professional office team!

And orders are piling up!

Prices for Mizutori’s geta range from ¥6,800 to ¥18,000, but those painted with urushi lacquer cost as much as ¥200,000, and the award-winning made-to-order product requires two months until delivery.

Geta can be made with flat soles in a modern style but also with two ha/stilts for more tradiyonal footwear. 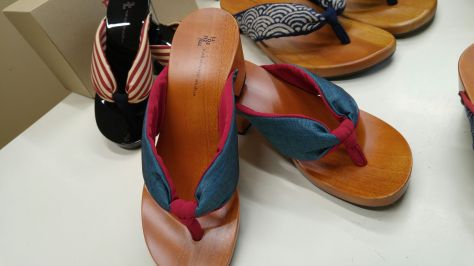 Geta may look unwieldy at first to a Westerner, but the fit and breathability are such that they are as easy to wear as a rubber beach sandal. 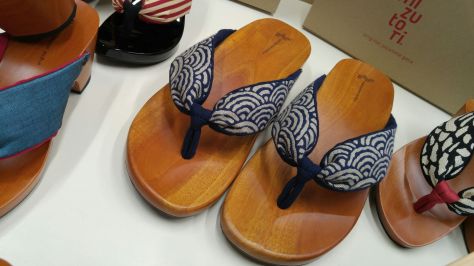 Geta are designed both for ladies and gentlemen and of course for children.
As for ladies’ footwear height can be designed according to the customer’s priorities and preferences!

The great news is that Mizutori Company is planning to accept and design visits for foreign visitors who will be able to make their own sandals on site! 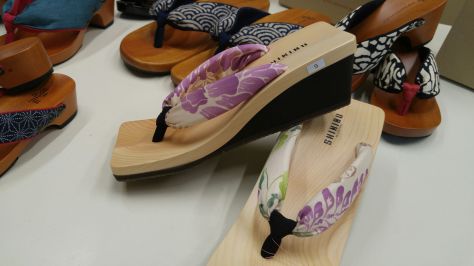 They would certainly make for a great and unique souvenir gift back home!

The other good news are that Mizutori Company will soon open an otlet shop in the middle of Shizuoka City, on Aoba Street (Aoi Ward) in the middle of the of an area replet with great shops, izakayas and restaurants. But this is for another article!