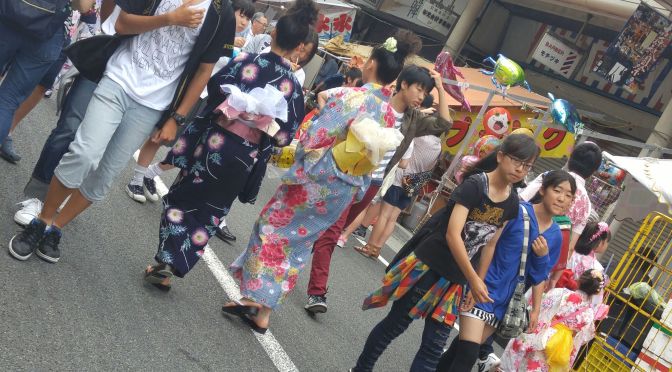 Every year on the second week-end of June a very old Japanese Festival is held in Yoshiwara/吉原 in Fuji City/富士市 called Yoshiwara Gion Festival/吉原祇園祭り.
Although it is a well-known festival in Our Prefecture, it seems they welcome more visitors from Tokyo than from Shizuoka City!
A great pity indeed!
I was able at last to witness it, that is part of it as I had to unfortunately come back early in the evening missing the floats parade.
I still manage quite a few pictures to give a good idea of what to enjoy next year!
As there are too many photos for a single report I divided them according to their genre or subject.
This first one is about a rare occasion when young girls can enjoy the day wearing kimono, or more exactly yukata for many of them! 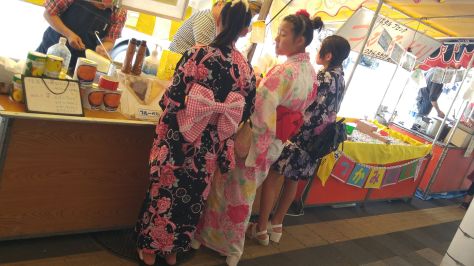 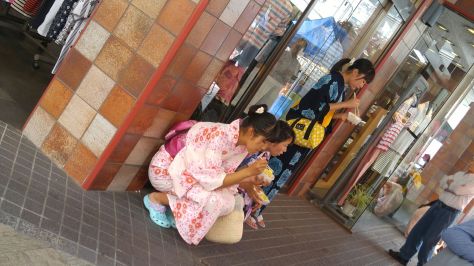 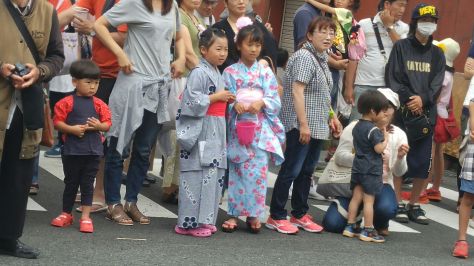 Little ones with a girl wearing traditional geta/下駄/wooden clogs! 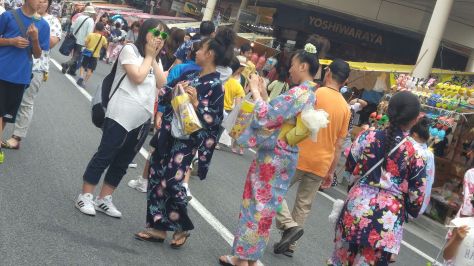 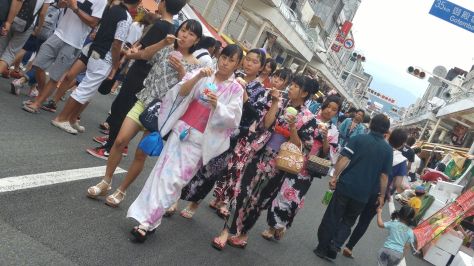 Enjoying shaved ice in the heat! 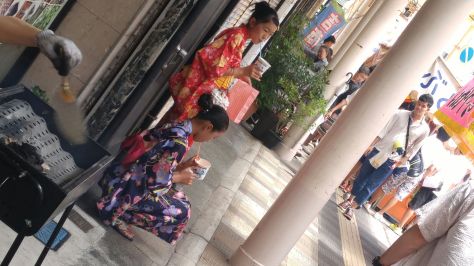 Cold drinks in the shade! 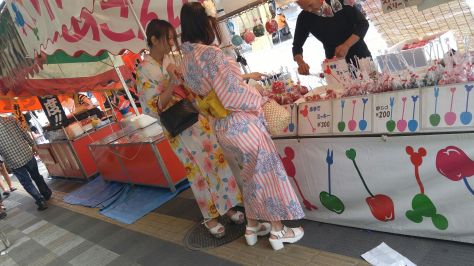 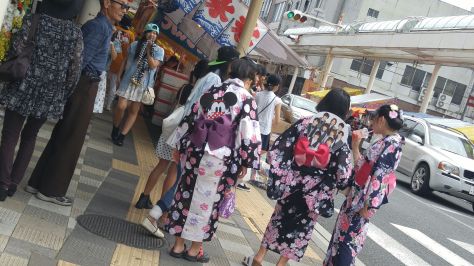 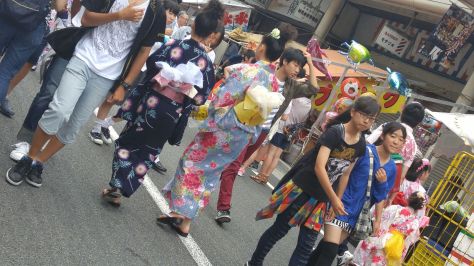 Meet you there again next year!