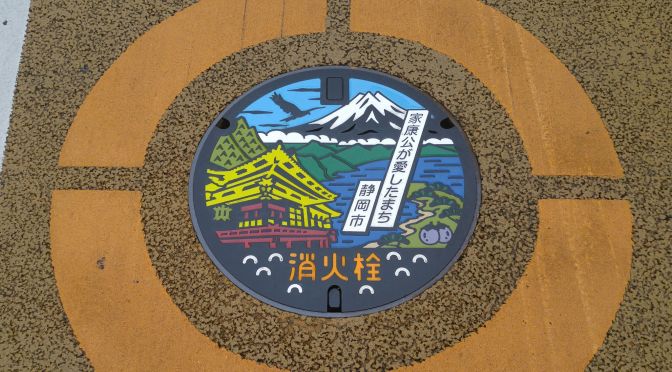 On February 5th in 2015 I had reported on a new Commemorative Fire Hydrant Manhole Cover being installed in Various locations in Shizuoka City to mark the 400th Anniversary of Lord Tokugawa Ieyasu’ss Death.

Read more about the above manhole cover HERE 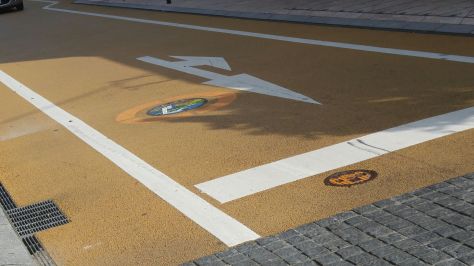 Now, yesterday I noticed apparently the same cover because it seemed brand new!

It is located along the Shichiken Cho Street at an intersection not far from Isetan Department Store!
I soon found why I was intrigued: it was a different cover!

In the upper left quarter a falcon (Tokugawa Ieyasu was passionate about falconry!) had replaced the Kanji character “水”for “water”! 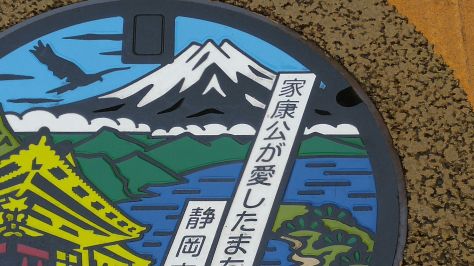 The text inside the scrolls had been written black on white (instead of white on black) with a different sentence meaning “Shizuoka City which was loved by Shogun Tokugawa Ieyasu”. Actually the city was called “Fuchu” before he retired there in 1607 when he changed its name to “Sumpu”. It became “Shizuoka City” only during the beginning of the Meiji Era! 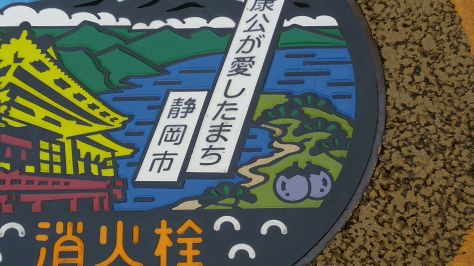 In the lower right quarter the date “2017” has been replaced with two eggplants!
Shizuoka City, more precisely Shimizu City before it was merged as Shimizu Ku, is famous for a local eggplant called “折戸なす/orito nasu” taht Lord Tokugawa Ieyasu was very fond of! 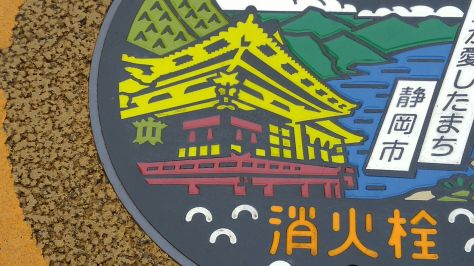 As for the bottom left quarter it has basically been left untouched!