“Kura” (in Japanese 蔵 or 倉) means “warehouse” or “Storehouse”.
In traditional Japan, especially during the Edo Era, as most of buildings and urba/village structures were made of wood, fires were the bane of society by and large.
However well-protected a fire would consume a house or buildings and all its properties within minutes.
Hence a special building or warehouse was needed to protect goods and properties against such a catastrophe.
But erecting a storehouse solely made of concrete, stones and some metal cost a vast amount of silver and gold and only rich merchants and nobility could afford them. Even castles could not be built entirely of stone then. 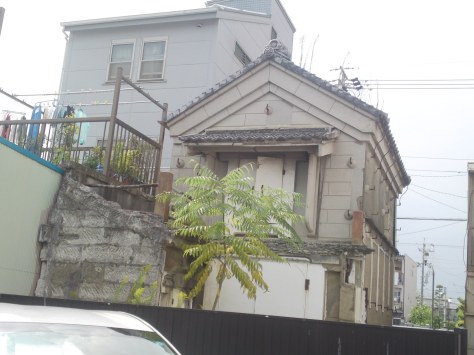 Thanks to the directions of my good friend, Atsuko Kurata, I found, atthe second attempt, this kura hidden along the Hon Tori Street in Aoi Ku, Shizuoka City! 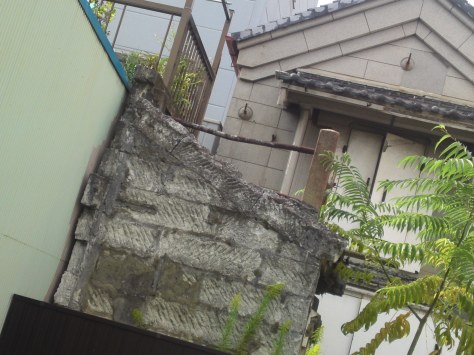 It is easy to miss as it is tucked away from the pavement at the end of a new car park, indicating it was probably the warehouse of a company that ceased to function. in such cases the Japanese owners of such abandoned businesses transform the area available into a car park.
I also noticed another minuscule kura in the front left corner.

Can you distinguish the small white door on the left? 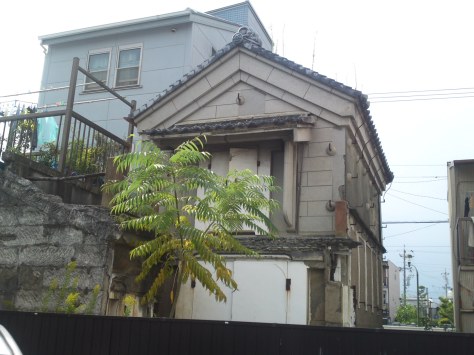 The whole kura is quite big, so it must have been a commerce of a certain worth in the past! 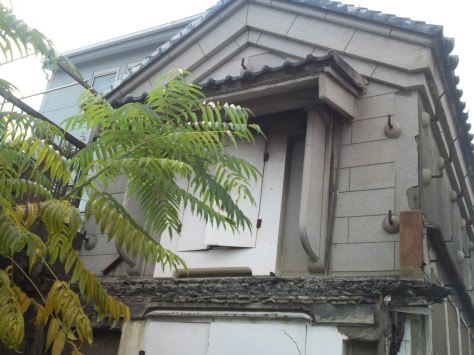 The front is still in pretty good repair, so it must be used as a shed by the owners in the house in the same enclosure. 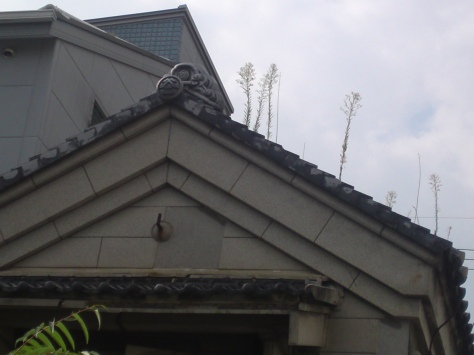 but the roof needs to be weeded! 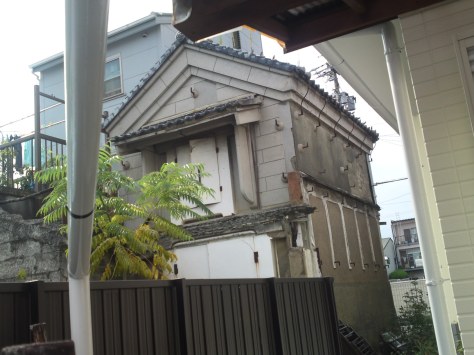 For a better view beside the owners’ house! 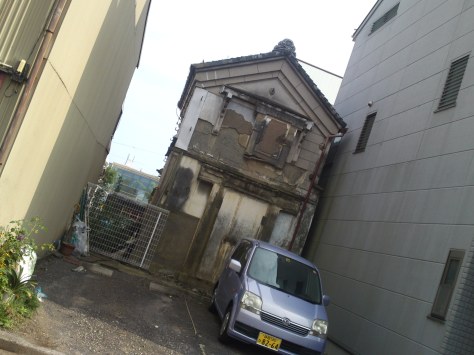 On the other hand , the back looked pretty decrepit! 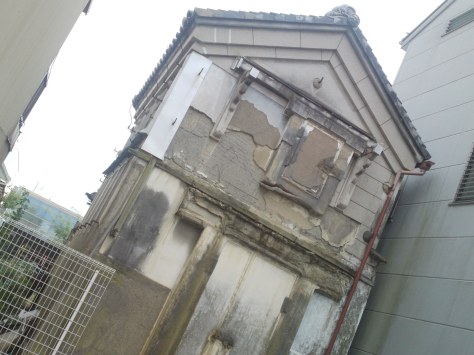 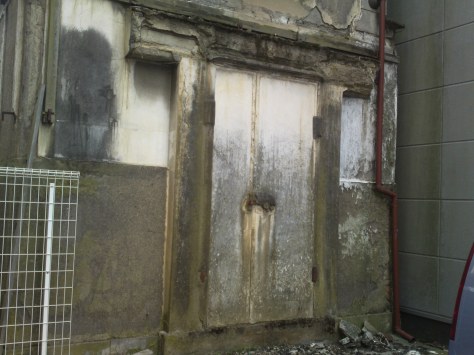 The back door lock is crudely blocked with cement. 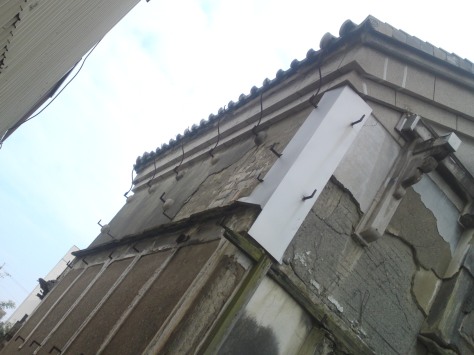 I’m afraid the owners are not ready to spend money on plastering! 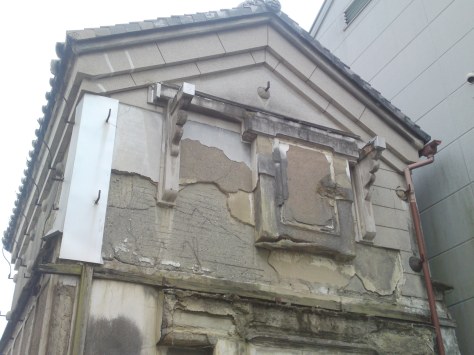 How long is it going to survive?