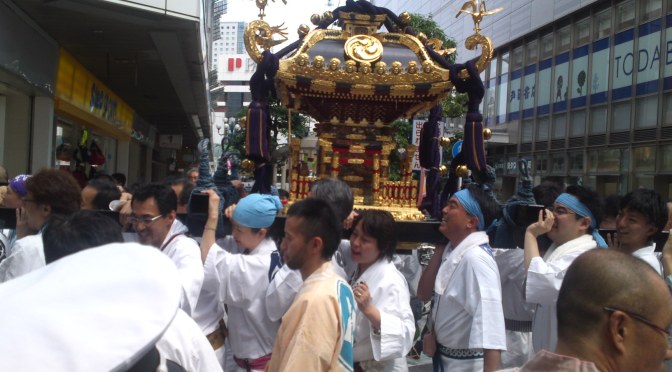 Ogushi Shrine (小梳神社), a shrine almost 400 years old is located in Koyamachi, Aoi Ku, Shizuoka City in front of Parco Department Store.
It is also the scene of a very local and ancient festival happening over two weeks in the middle of July.
Yesterday, Sunday July 20th saw the main attraction with the parade carrying the “omikoshi/portable shrine” around Aoi Ku in Shizuoka City.

This is the fifth installment of five photography report: 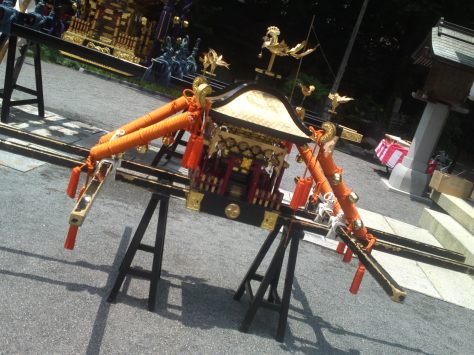 A mikoshi (神輿 or 御輿) is a divine palanquin (also translated as portable Shinto shrine). Shinto followers believe that it serves as the vehicle to transport a deity in Japan while moving between main shrine and temporary shrine during a festival or when moving to a new shrine. Often, the mikoshi resembles a miniature building, with pillars, walls, a roof, a veranda and a railing.

Roots:
The altar of the harvest festival carried out to the time which repeated migration by hunting and collection is the origin of a mikoshi.
Some theorize that “The origin of Japanese mikoshi is ancient Jewish tabernacle ark”.
Actually, mikoshi and the ark of the covenant do not have much in common. They differ in production and decoration (a phoenix or a crane being very different from cherubim.).

First use[edit]
A mikoshi was believed to have been first used to transport Hachiman to Tōdai-ji temple from Usa Shrine 八幡宇佐宮御託宣集 in 749.[citation needed] 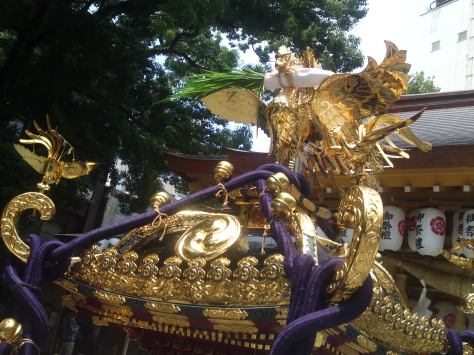 Typical shapes are rectangles, hexagons, and octagons. The body, which stands on two or four poles (for carrying), is usually lavishly decorated, and the roof might hold a carving of a phoenix.

During a matsuri (Japanese festival) involving a mikoshi, people bear the mikoshi on their shoulders by means of two, four (or sometimes, rarely, six) poles. They bring the mikoshi from the shrine, carry it around the neighborhoods that worship at the shrine, and in many cases leave it in a designated area, resting on blocks called uma (horse), for a time before returning it to the shrine. Some shrines have the custom of dipping the mikoshi in the water of a nearby lake, river or ocean (this practice is called o-hamaori). At some festivals, the people who bear the mikoshi wave it wildly from side to side to “amuse” the deity (kami) inside. 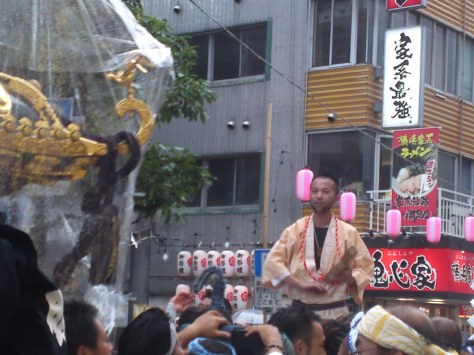 Great leadership in spite of the rain! 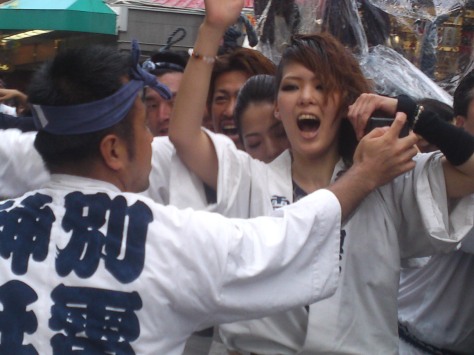 Shizuoka Ladies are strong and participate to the bearing! 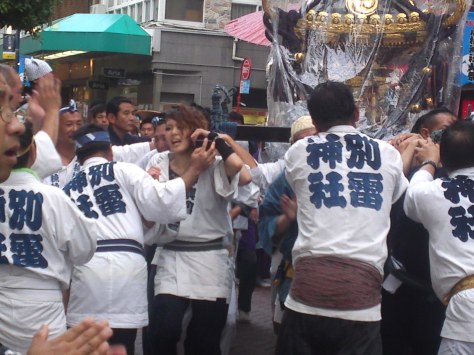 But it’s to the men to provide support! 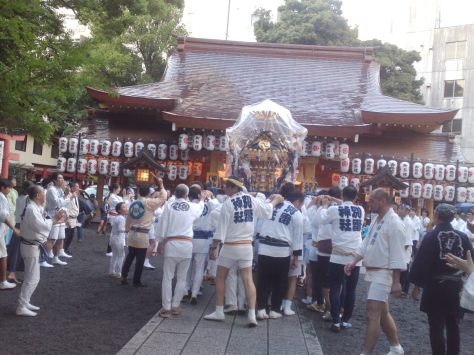 The parade starts with a spin in front of the shrine! 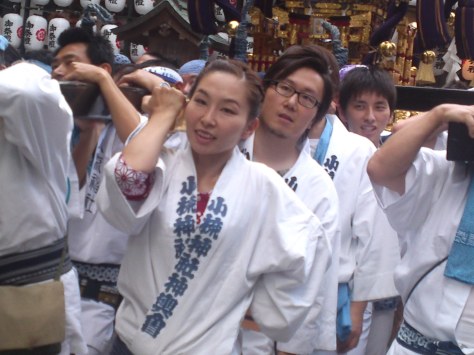 They are following with a smile! 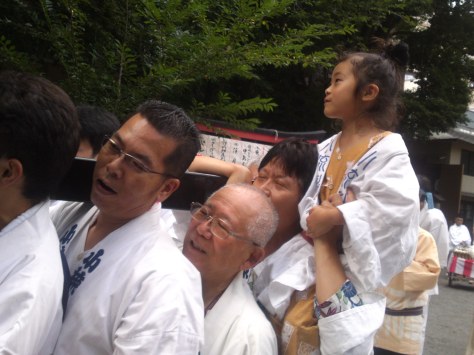 About to go out under the torii gate for a 3-hour parade around Aoi Ku! 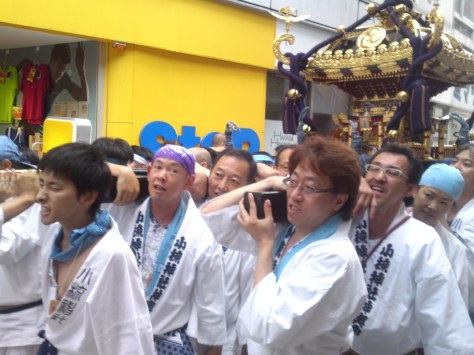