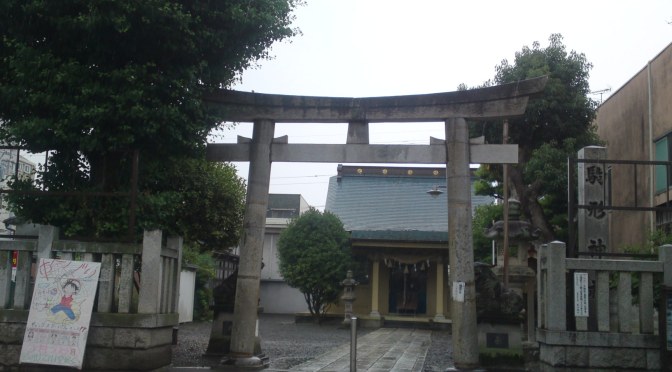 I’m cycling past this shrine at least once a week!
It is called Komagata Shrine/Komagata Jinja/駒形神社, of the same name of the area found in Aoi Ku, Shizuoka City!

Like most Shinto Shrines of some importance it guarded by two lions, one”smiling”,… 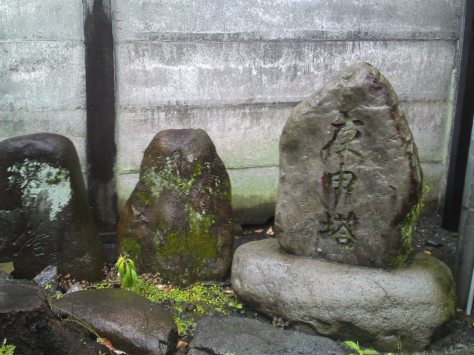 It is a very old shrine dating back to the Heian era, some 1200 years ago!
These very old stones may have been erected for some celebrated locals! 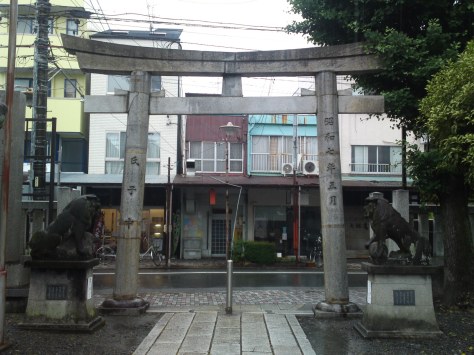 Of course you have to walk through a torii gate. This one is quite recent.

On the other hand the two large stone lanterns were a lot older!

They both bore identical carvings of a mountain,… 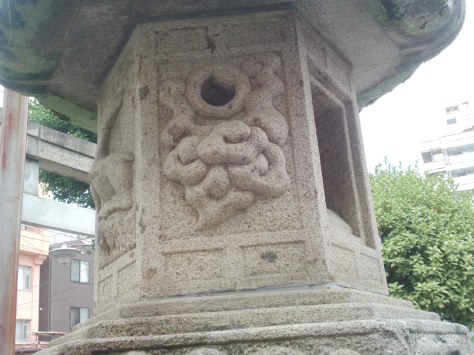 It also included a small basin for ritual hand washing!

With a small but beautiful Dragon spout!

Surging forth out of nowhere! 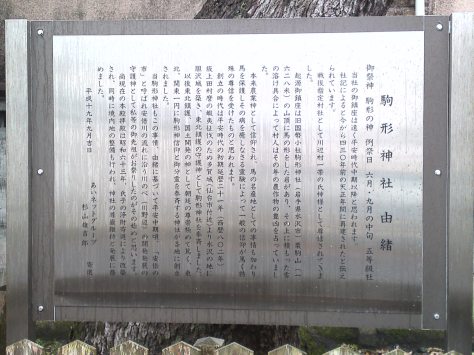 Although very old it was rebuilt in its present form about 430 years ago! 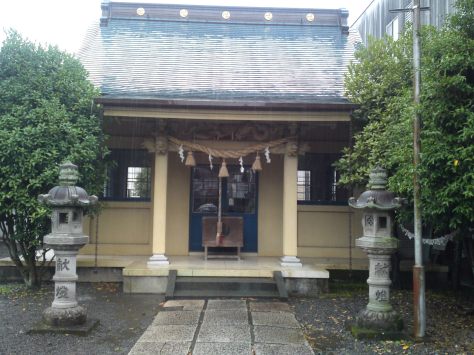 The money offerings box and its crest! 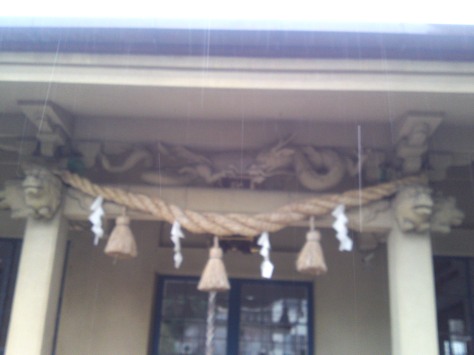 A traditional corded rice straw garland made of stone! 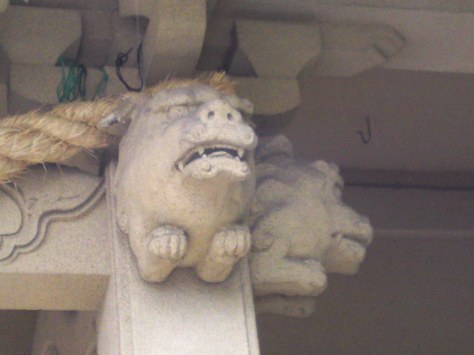 A flying monster over the garland! 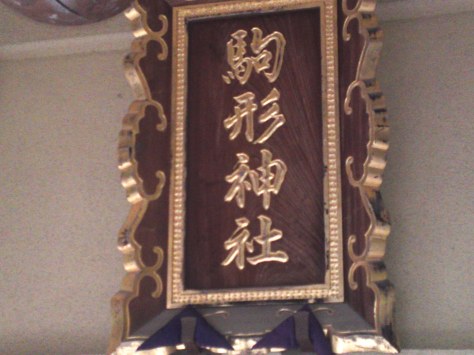 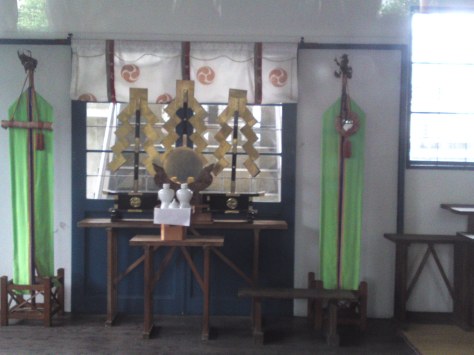