We do hold quite a few records in Shizuoka Prefecture but in Yaizu City one can discover a most unusual world record: The biggest collection of Kappa in the World!
First of all, For more information on Kappa/河童, read HERE!
At the time Mr. Tatsuo Kitano/北野龍雄さん got official recognition as a Guinness World Record he had already collected no less than 7,000 items, but after more than 50 years spent chasing them he has accumulated more than 10,000 of them, all exhibited in one single place! 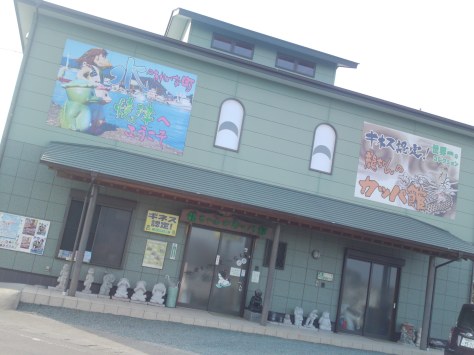 Mr. Kitano had this house built for the sole purpose of housing his collection! 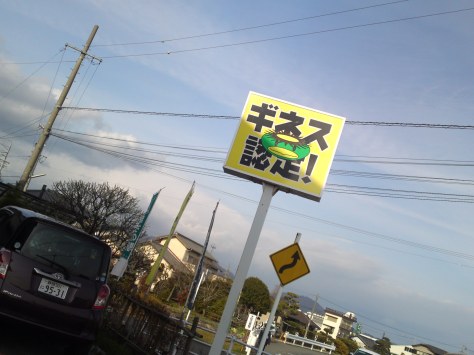 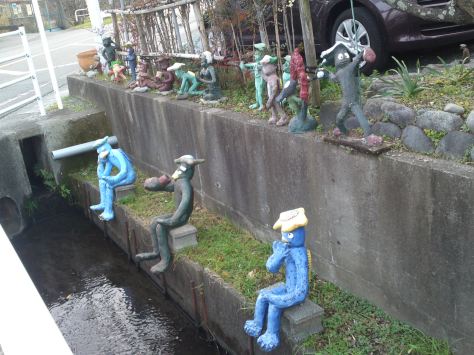 There are crowds of them having fun in the water or welcoming you!

This was my first visit but writing about 10,000 kappa in a single report being impossible I will have to go there on a regular basis for quite some time!
This time is only an introduction! 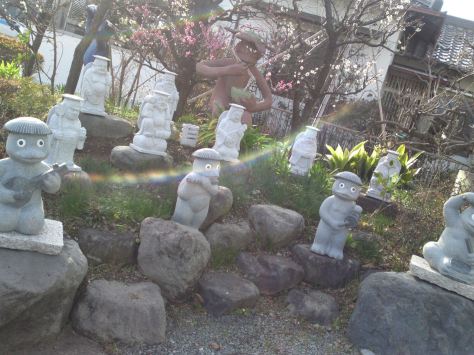 There is even a mock kappa temple/shrine and cemetery! 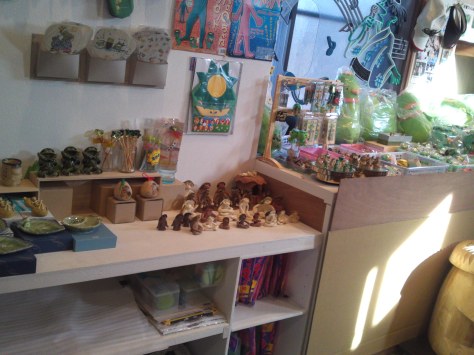 The two floors are filled to capacity down to the entrance lobby!
Mr. Kitano or his wife will be there to welcome you and introduce everything all during your visit! 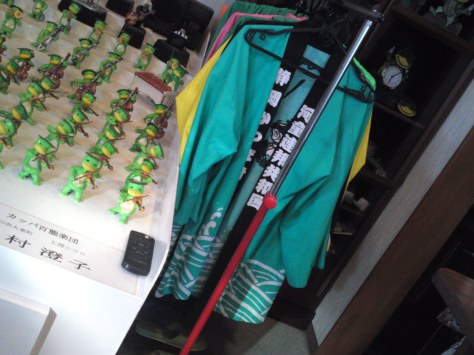 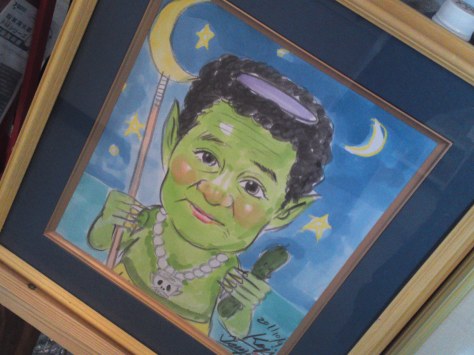 Mr. Kitano has been recognized by all kappa to be one of them!

The official recognition as a Guinness World Record! 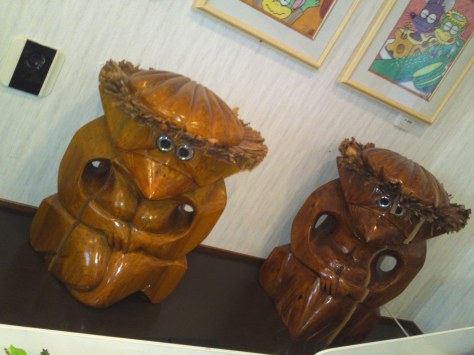 Kappa wearing a scallop shell as their cap from Iwate prefecture, supposedly the birthplace of the Kappa! 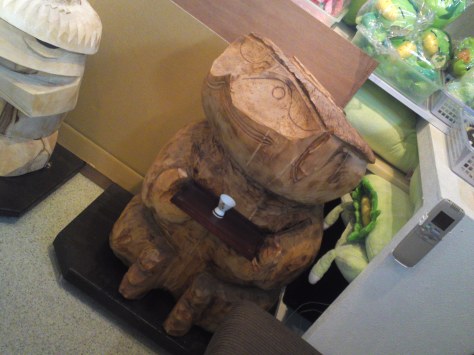 A bear-like kappa from Hokkaido! 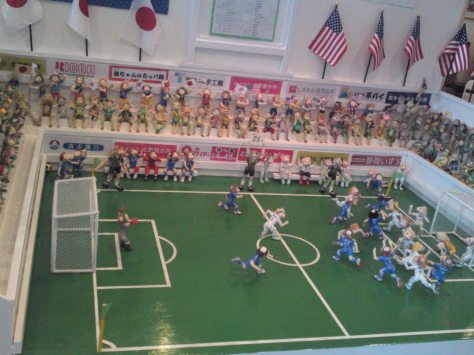 Kappa playing baseball under the watchful eyes of their Goddess! 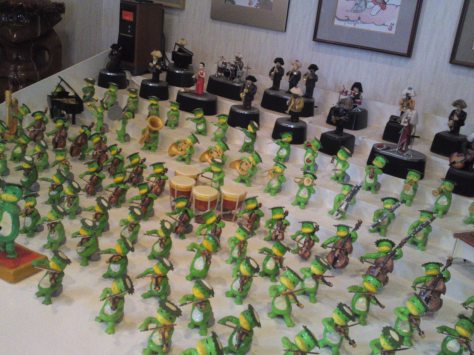 In this river scene the human baby is Mr. Kitano who affirms he is one of the few humans having seen real kappa!

Apparently Kappa in Kyushu are well-endowed!

Dragon-riding kappa!
Actually “Dragon” is half of Mr. Kitano’s forename! 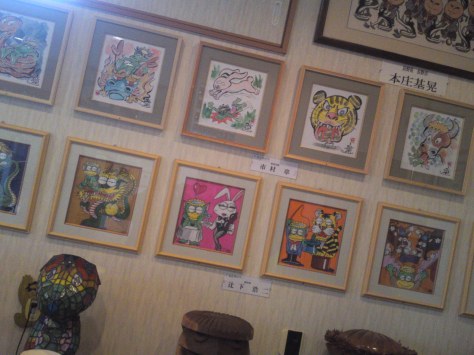 Kappa playing with a “Tach-chan” kite in front of Mount Fuji!

Flower-viewing party in front of Mount Fuji!
Remember that sake is the Kappa’s favorite drink! 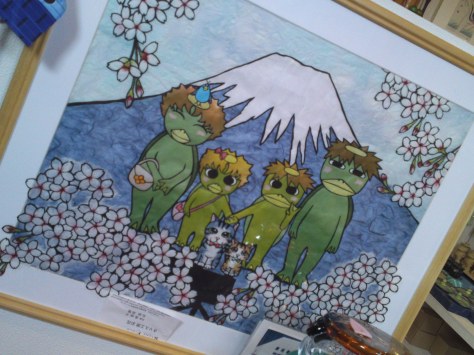 Kappa family’s picnic near Mount Fuji under the cherry blossoms! 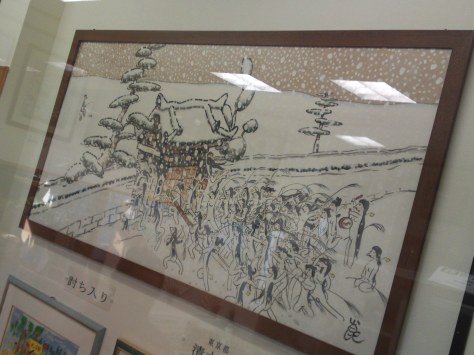 Apparently all these lady kappa are trying to force their way into a park where a single male kappa is fishing! 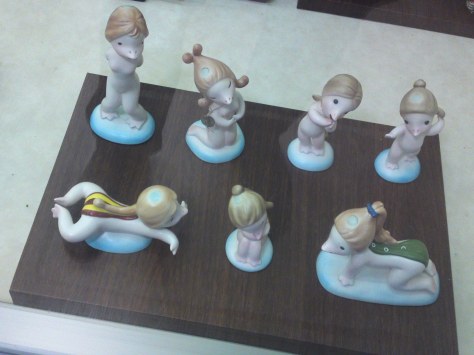 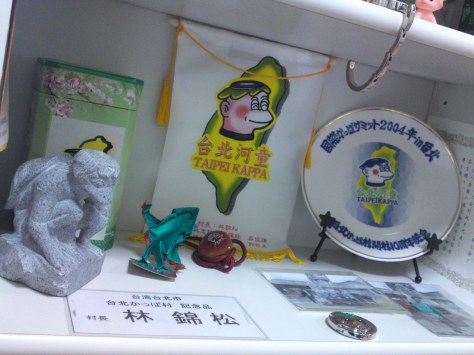 Rewards and letters from friends and fans! 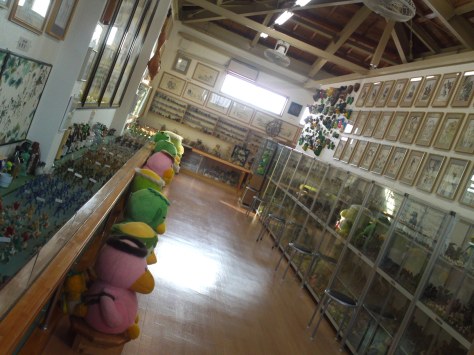 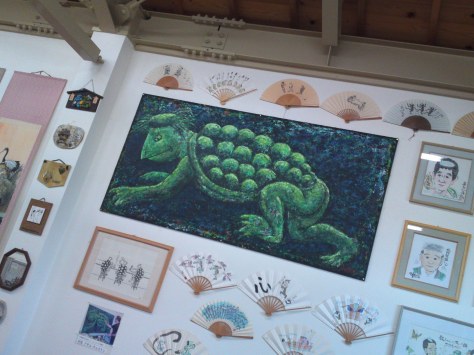 A Kappa painted by an American artist! 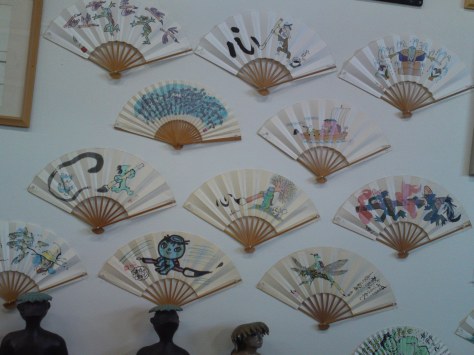 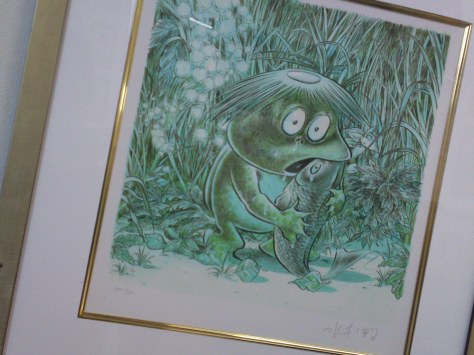 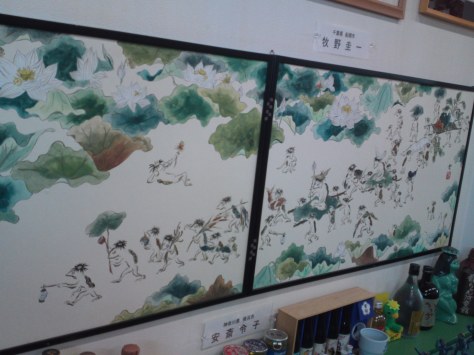 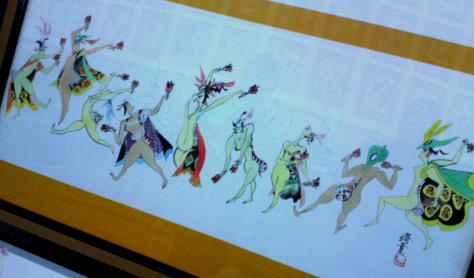 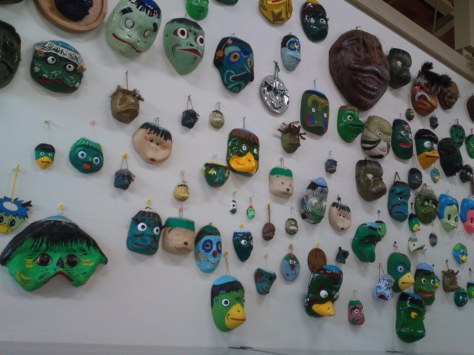 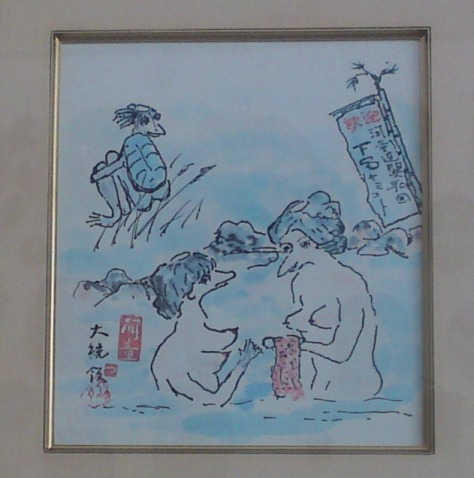 Kappa ladies at a hot spring! 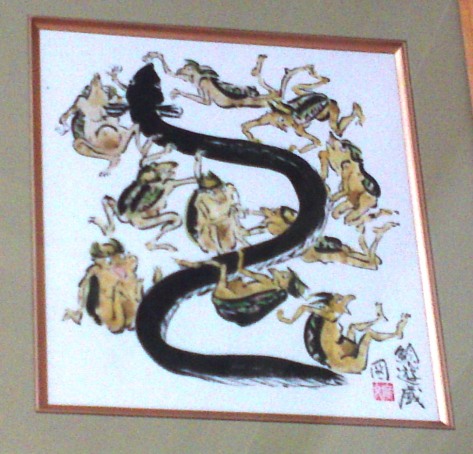 Kappa playing with an eel!

This beautiful lady has lost her soul and become a kappa!

Kappa trying to look after cranes and explain the situation to an unhappy carp!

Another grand Kappa flying a Dragon!

The serious business that is to all Kappa: Sake or shochu drinking! 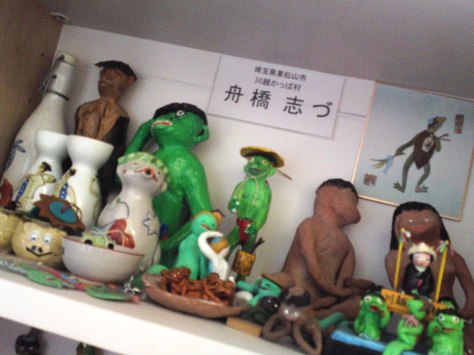 These kappas can be found hiding in an izakaya! 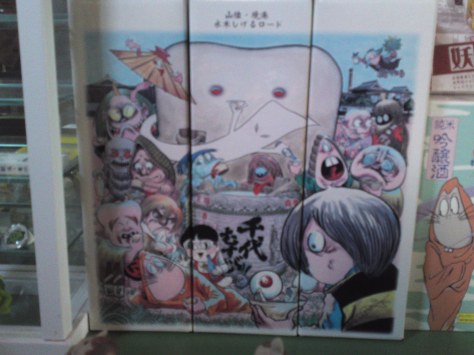 Kappa imbibing with fellow monsters!
Can you spot it?

Should be going back there soon!