Some kids do have a great imagination to reflect on the plight of a bicycle!

Shizuoka City is apparently the city in Japan with the largest number of bicycles per capita, but the least that could be said it seems an open war has been ignited between the bicycle owners who do not know where to park them and the city which is spending money on large stickers applied on the pavements in some areas of the city!
The sign posters in this article were all found in Aoba Park Street in Aoi Ku, Shizuoka City, starting from behind the city hall.
Primary/elementary school were drafted by the city government to draw different pictures to appeal the public recently and I just discovered these pictures recently.
A young policeman seeing me taking pictures of them couldn’t hide his smile…….. 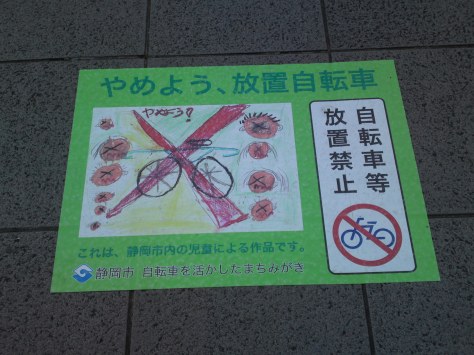 Red seems to be the prevalent color for chidren tp express anger!

Why a sun and a cloud? 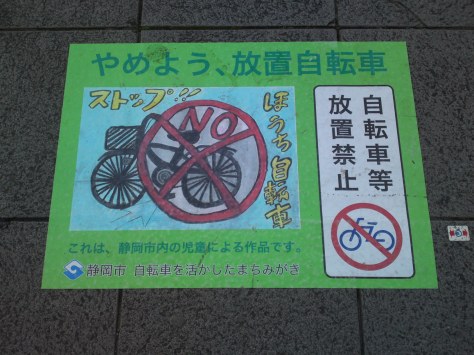 A forceful and concise message!

This kid is commenting on the lack of space left for pedestrians between rows of bicycles!

This kid decided to escape to the beach!

An interesting use of balloons!

Beautiful bicycle, I must admit! 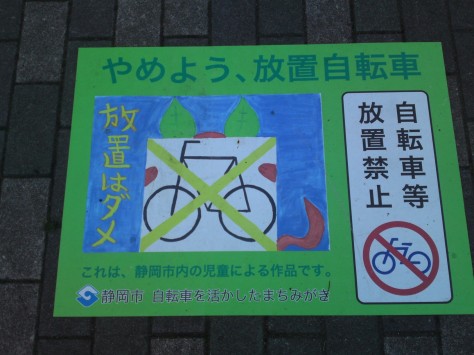 Is that a fox behind the poster? 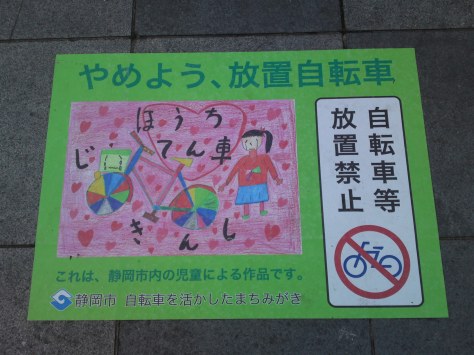 A lot of love for a bicycle! 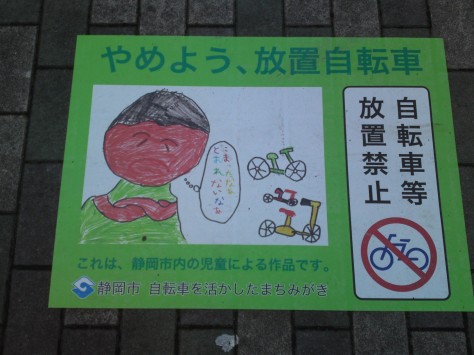 A child with an attitude! 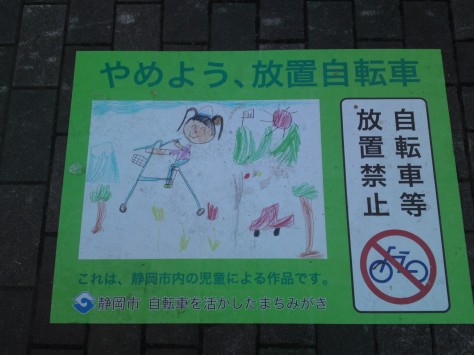 A girl with a sense of fashion?