Yesterday I was ambling along streets in Yaizu City in search of the manhole covers I had found out on the net when I reached a small bridge over the river crossing the city into the sea (yaizu City is one the major fishing harbors in Japan!). 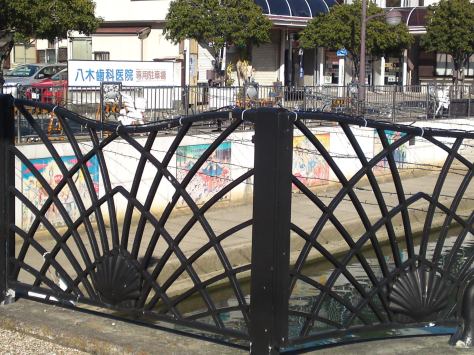 The pavements in the vicinity of the bridge were decorated with some interesting tiles I was going to take pictures of when I noticed paintings on the wall along the pathway of the very quiet river full of Japanese carps!

The paintings had been ordered to real artists by the city to help promote its tourism! 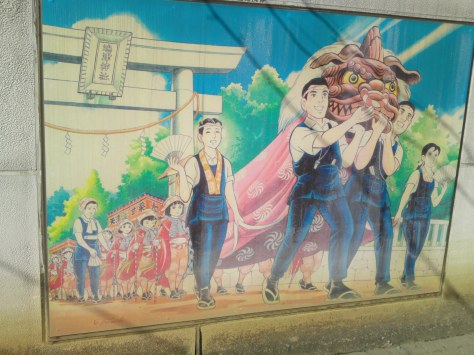 This particular series depicted the Yaizu Harbor Festival, a major one in Shizuoka Prefecture which is held every year!

The local fishermen must be really looking forward to it!

At least one lady seems after all to be part of it!
I will have to investigate!

As I amble along I found out that the river was in fact crossed by three bridges to allow the many avenues to go through and had a glimpse at another painting on another wall! 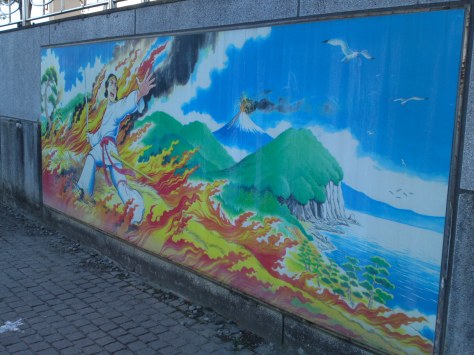 A legendary hero in a fiery scene with an erupting Mount Fuji in the background!

There were more to be seen from the third bridge!

They were all about and ancient legendary hero with hints of religion! 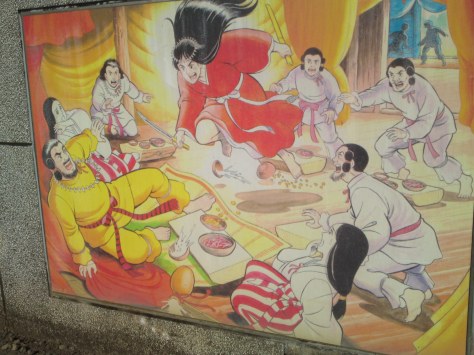 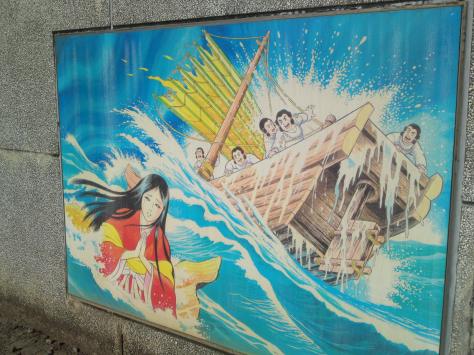