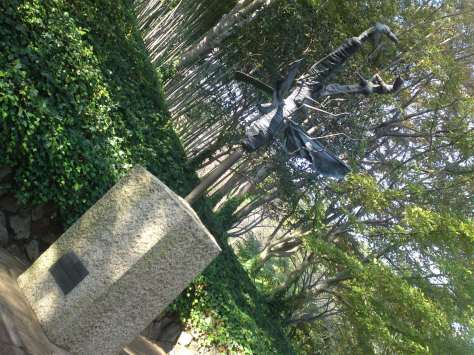 If you visit Mishima City in the Eastern part of Shizuoka Prefecture you ought to visit The Clematis Garden and the Bernard Buffet Museum in one single trip as they are very near each other.
You will be surprised at the amount of art on show! 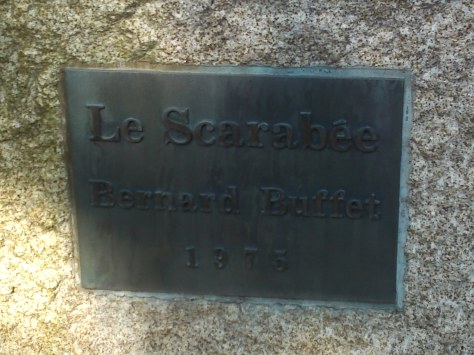 It was brought to japan all the way to Mishima as it had been created in 1975 some time before Bernard Buffet came to establish himself in Mishima City! 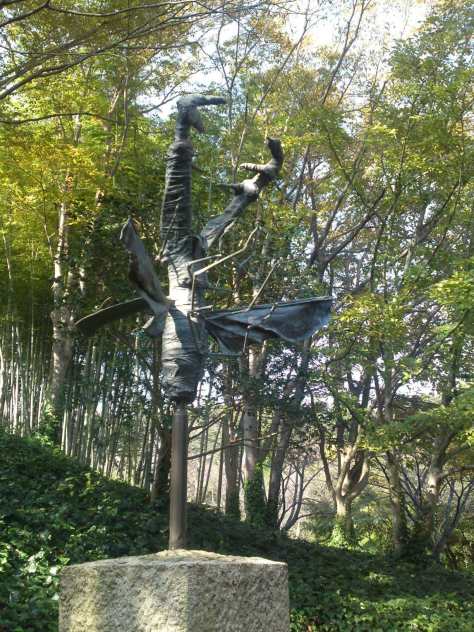 You will see this enormous scarab statue by Bernard Buffet who also painted the same on a big canvas on show inside the Museum (no pictures allowed there unfortunately but definitely worth a grand visit! 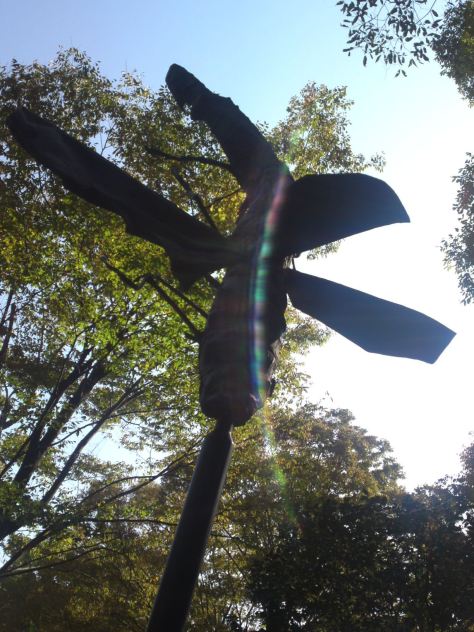 In full flight through a rainbow? 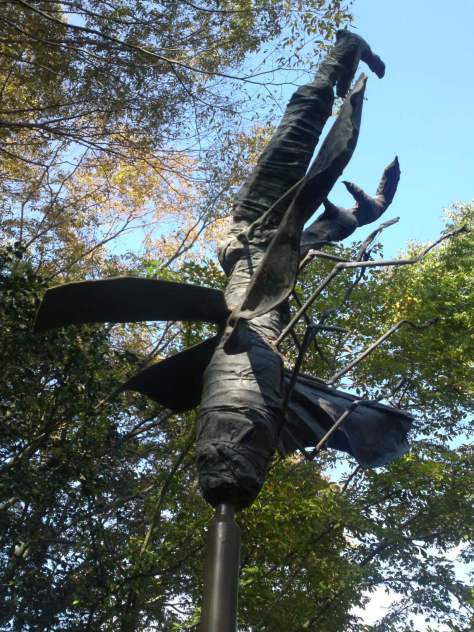 A bit frightening through this angle, though!