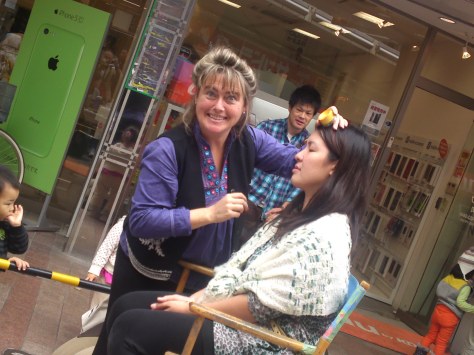 The weather today being markedly cooler than yesterday encouraged me to have a look at what happening in downtown Shizuoka City during the second day of the 2013 version of Daidogei Street performers Festival!
Bear in mind that I’m only interested in the “side shows”, leaving the main show with the professional guests in Sumpu Park to other geeks!

I was supposed to meet friends of Shizuoka JR Station who never turned up but I was lucky enough to take a pic of this Japanese acrobat couple’s last gig!

The marching was still here!

Another bunch of clowns!

The ostriches were still there, too!

Lucie Brouillard, my favorite side show artist at work! 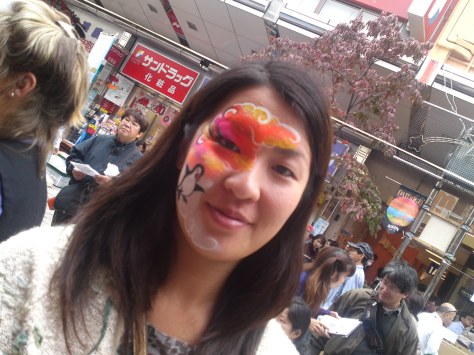 This mother actually requested a penguin to dhow her kid! 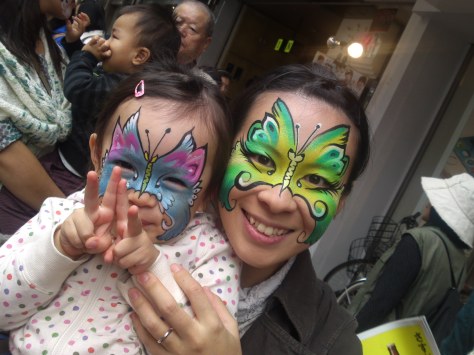 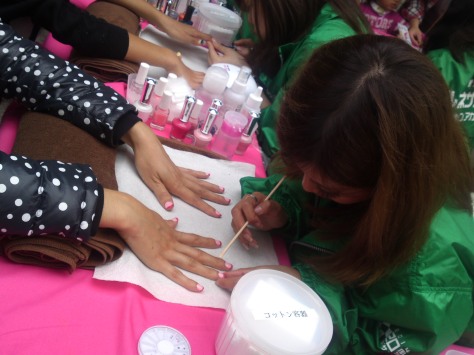 A great way to entice customers! 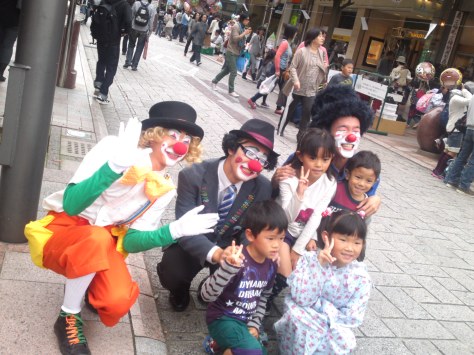 Who are the real kids?

This pantomime is a regular feature year after year and is getting more and more attention from onlookers and the media!

A frightening centipede from South Korea!
I heard that they also performed in my own hometown’s Street Performers Festival in Chalon Sur Saone, France last July, which is also visited every year by Masaaki Koga, the chief organizer of this Festival in Shizuoka City! 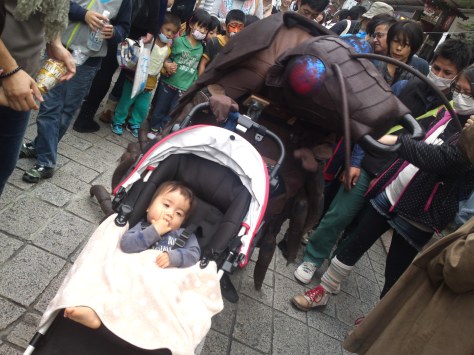 The kid didn’t care a fig!